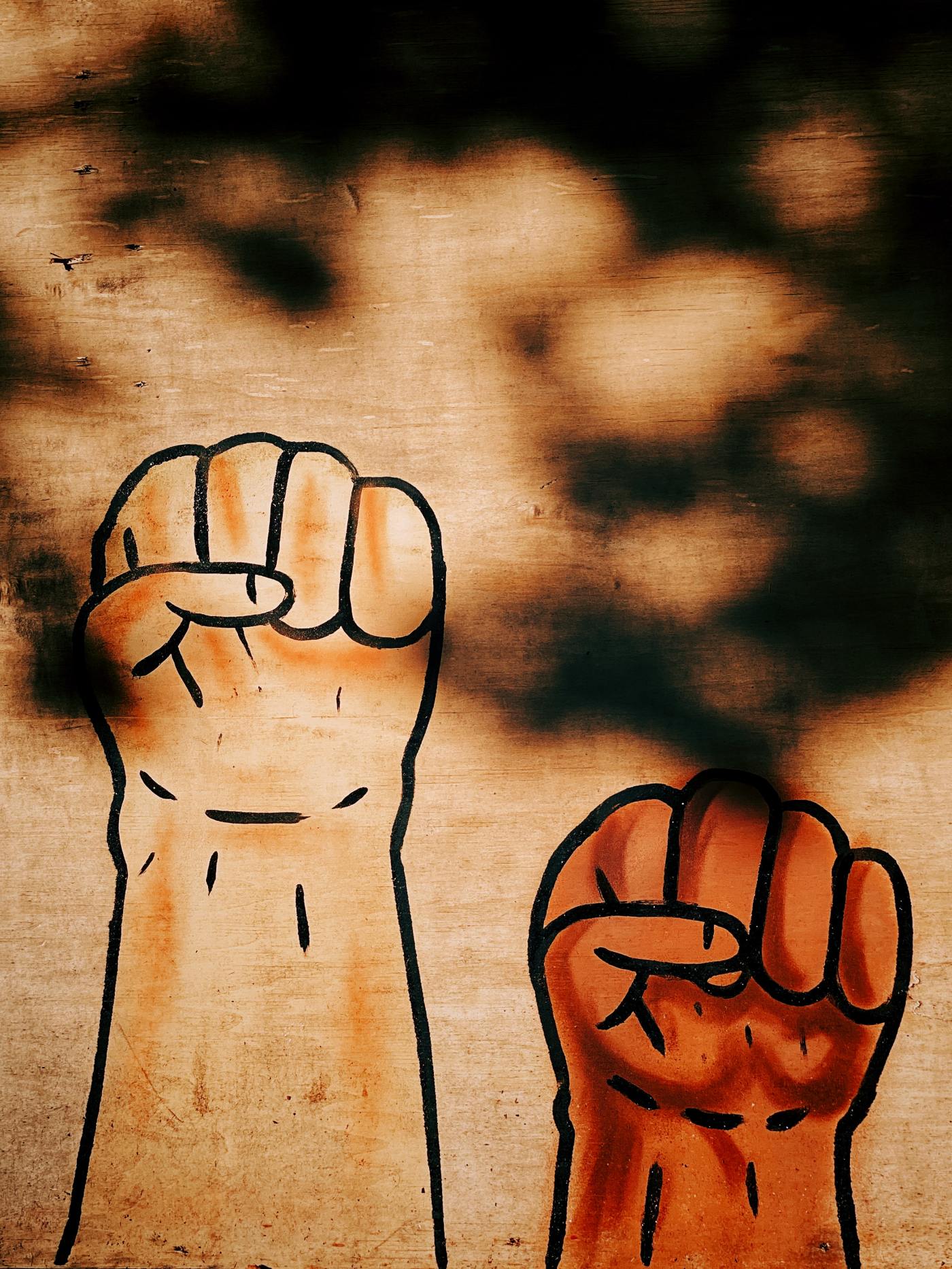 Poverty, lack of empathy and trust, and scarcity of goodwill can be perilous for the well-being of people in any society. Such concerns are of great importance to those who hold authority on the subject, i.e. academics, policymakers, governments. However open-ended the ‘ends’ may be, there are various means of reaching a status of common welfare and social justice. For example, there is a stark difference between how teachings of Quran and Sunnah taught Muslims to approach this issue and how the conventional wisdom of the Western ideologies treats it. On both ends, it is safe to say that the people who deal with such concerns have developed a poverty of understanding.

Recently, a study conducted by the World Bank discusses the means of receiving payments from a slum in Nairobi for the water and sanitation services provided by the government. This paper entertains the possibility that ‘presumably’ the best idea to make sure that the payments are made on time, is to threaten the non-payers with complete water supply cut off.

Naturally there are hundreds of academics calling out on the ethical basis of the paper, but ethics is just one facet of this work. There are various arguments that an ethicist can gather to justify this claim. The reasons maybe political, financial etc. But some may argue, even if we brave the questions of scientific methodologies and motives of the funding of such a research, to make things simpler, the idea of cutting off water supply seems egregious.

We see that this indifferent mindset has tried to solve this issue by stripping it of the morality of good and bad, racism, classism, and economic success. The policy of such institutions leaves a massive influence for those in government. And in most cases, like this one, such researches are being done directly for the government. The question then arises, as reformers of the world, does it suits those in power to be careless on the moral side of the situation?

As Muslims, to the best of our knowledge, if anything we should first be able to differentiate such deeds through a concrete moral perspective. It is true since our guidance goes further to explain this very system we are taking a glimpse of. ‘And when it is said to them, “Do not cause corruption on the earth,” they say, “We are but reformers.”’. (Surah Baqarah, 2:11).

We can see how the rich literature of Quran and Sunnah teaches us to approach this issue through its unparalleled wisdom. In Surah Al-Imran (3:92) Allah advises, ‘Never will you attain the good [reward] until you spend [in the way of Allah] from that which you love. And whatever you spend – indeed, Allah is knowing of it.’

According to reputed scholars like Hafiz Salahuddin Yusuf and Maulana Safi-ur-Rehman Mubarakpuri, the thing(s) to be spent to attain true rewards from good deeds are the financial and material possessions of the believer. Allah (SWT) is putting out a straightforward and systematic way for believers to kill two birds with one stone; achieve piety by giving away the most precious thing in the path of Allah and foster social improvement by giving in charity, or Zakah. The verse clearly states ‘from that which you love’, and it can be said that by approaching immateriality we achieve piety. And even for that to happen Allah chose it for us to financially support our brothers and sisters in Islam and humanity.

We can further our understanding of social justice by the teachings of Prophet Muhammad (PBUH). From the moment of creating brotherhood amongst the Muhajireen and Ansaar on the occasion of migration to Madinah to his last sermon, the Prophet Muhammad (PBUH) showed conscious efforts to bridge the gaps of division amongst humanity, based on color, ethnicity, economic stability and authoritative domains. As Quran records his last sermon to the humanity, “O people, your Lord is one, and your father is one. You are all from Adam, and Adam is from dust. The noblest among you in the sight of God is the most God-conscious” (Surah Hujrat, 49: 13). This verse re-emphasizes the connection of piety and social cohesion, strengthening our case of how Islamic morality perfects the cause of dealing with social justice.

This goes in effect to our tendency to compare ourselves with other according to how much wealth/assets we have. It reminds us on how piety is above all our tendencies to look down upon someone else.

A way to commensurate our deeds with the teachings of Prophet (PBUH) is by observing the Companions of the Prophet who took those teachings right to the heart.  On one of such occasions, ʿUmar ibn al-Khaṭṭāb RA had acquired some property in Khaybar and consulted the Prophet (PBUH) on what to do with it. The event is reported by ibn ‘Umar as follows:

‘Umar said: ‘I have acquired land in Khaybar, and I have never acquired property more precious to me than it. What do you command me to do with it?’ The Prophet replied, “If you like you can give the land as endowment and give its fruits in charity.” Ibn ʿUmar said, ‘ʿUmar gave away the yields as alms on the condition that it (the principal) not be sold, given away as a gift, or inherited. ʿUmar gave the yields away as alms for the poor, kin relations, freeing of slaves, (the funding of) military expenditures, travelers, and guests. It will not be held against the one who administers it if they eat from it in an appropriate manner or gives something to a friend so long as they do not appropriate any of the property’. (Sahih al-Bukhari, 2737)

Umar RA become the second Caliph of Islam, who expanded the Islamic empire exponentially. As a potent ruler over his people, his actions as a Companion of Prophet and as a Caliph are a clear yardstick for Muslim rulers of today. As individuals we should learn to gain insight from a lifestyle point of view. How many of us have dedicated a fraction of our salary or income sources to persistently use them for the sake of Allah? How many of us are ready to dedicate the most precious of our resources to uplift socially or economically disadvantaged?

In his lecture in Lahore in 2018, Dr. Bilal Philips promoted the concept of nafa’a to those who sought beneficial career prospects. It is explained as, “The best of people are those who are beneficial to other people”. Imagine how every business owner, new startup and community builders were to begin their every task with such intentions. Counsellors and teachers could practice to promote the mindset of collective welfare amongst the Muslim youth to ingrain such ideas from the get-go. An early review on such mindset and a solid base of approaching this issue on a practical level is what Muslims are missing from our culture.

How many college students are confused on which subject areas to choose from and once they do they resort to rote learning until they reach their objective of getting a degree and finding a position for a reputed socio-economic status. How many of our university graduates factor in the benefit of the work by their hands to the society in general? This is where Islamic morality system shapes the core of things. As brief and concise this simple advice on career may be, this goes on to show how Islamic collective welfare system is so monumental, and a game changer from an individualistic point of view.

To the Muslims, resorting to the ideals of ever-evolving western ideologies on how to deal with the complexities of problems in development of the world’s poor is like using a rifle to kill a mosquito. Allah has made us Ashraf ul Makhluqaat (the supreme among the creation), the inheritors of earth and everything within it. Let alone the obligations of human rights, our teachings go beyond to cover the rights of animals, and the rights of environment, even at the times of war. Where the Western thought process is getting mixed up on whether to cut off water supply from a people living in slums, already deprived of many basic amenities of life, Umar bin Khattab (RA) declared himself responsible for the death of a stray sheep on the banks of river Euphrates (Manaaqib’ Umar, Ibn-al-Jawzi, pg. 161). All we need is a proper resolve to stick to the true teachings of Islam, ground up. As Muslims, we should refuse to look at unsettled, confused ideologies and follow the path which is clear in morals and strong in actions.

May Allah guide all of us in every path of our lives.

All thoughts, views, opinions mentioned in this article are of the author alone. They do not represent Youth Club or its affiliates, representatives, and partners in any way.