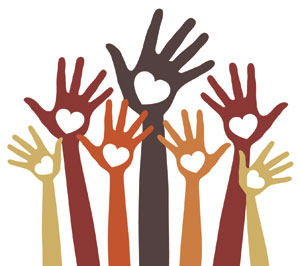 In a session with a scholar, he pointed out something that I had never thought of before. And this probably why I like listening to different speakers because they always offer a fresh perspective on “stuff we’ve heard so much about”. Addressing all the volunteers, he said, “Allah chose you. Just like He selectively chose the companions around the Prophet. Prophet Muhammad (pbuh) could not have spread the Deen without his companions’ unwavering support, loyalty and sacrifices. Similarly, Allah hand-picked you all to carry Deen forward in this age. So, whenever you feel demotivated or insignificant, just think of that. It could have been someone else in your place.”

Indeed, We have sent you (O prophet,) as a witness and as a bearer of good news and as a warner. So that you (O people,) believe in Allah and His Messenger, and support him and revere him, and pronounce His (Allah’s) purity morning and evening. (48:8-9)

What’s different about this verse is that Allah has addressed both the Prophet and his people in the same flow, a style that’s called “iltifaat” in Arabic. The companions did their bit (a pretty colossal bit actually) in their lives. And the command is now directed at us. So this goes out to all da’ees serving Islam in their own small ways or linked with organizations. The verse begins and ends with Allah, and everything in between is interlinked. Belief in prophet-hood demands that you revere and respect the prophet (pbuh) and hold him in such high esteem that it drives you to help him spread the message (the emphasis is behind the Arabic words that I wish I could expand on without taking too much space). It’s a beautiful play of positive emotions building up progressively. And all of this is akin to glorifying Allah day and night.

So all your sleepless nights, urgent tasks, critique that you took, finicky revisions… ending in dark circles and a creaking neck that happened while you helped spread Allah’s word were counted as tasbeeh and as an execution of the command stated in the verses. Most of the times, the results don’t turn out as expected, but results were never in the equation. It’s just the struggle that will be accounted for.

Carry on, whether you’re behind the mic or unnamed behind the screen or under the sun handing out flyers. The task is never too small so long as it leads to the desired cause: spreading the Word.