Yes, stuff and bother. But Allah is the best of Planners.

With Allah’s help. He helps whomsoever He wills. And He is the Mighty, the Very-Merciful. It is a promise from Allah. Allah does not fail in His promise, but most of the people do not know. (30:5-6)

Will our glorious days repeat themselves?

‘Umar bin Khattab (ra), the first liberator of Jerusalem, says that history does repeat itself. He said that the latter generations of this Ummah would not prevail except by means of that by which the first generations prevailed.

If we try to seek honor through anything other than Islam, Allah will cause us to suffer from humiliation. Earlier generations of Muslims ruled and prevailed by following the Deen. And at the time of decline and during crusades, Salah ad-Deen Ayubi drew the same conclusion– that Islam was the only way to reclaim their glory. And henceforth, he conquered Jerusalem from the crusaders again. And none of it happened overnight.

We see the death toll rising in Gaza and the chaotic, haphazard affairs of the Muslim Ummah. People are calling for immediate and long term solutions while the skeptics smirk meanwhile. It’s amazing how we still manage to squabble, neck-down in a quagmire of problems– suffocating and dying a slow death. Snide comments like, “How many tweets have you all collected for Gaza?” or “What about people dying in your own country?” are thrown at anyone who shares related content online. First off, what kind of a human are you if someone’s concern about organised and funded butchery of your own brethren irks you? Second, let’s not make it a competition about where people are dying more.

Muslims just don’t know what to do in a state of crisis.

The only sane road out of this chaos has already been taken before. Not once, but twice. We need to rebuild ourselves from ground up. It’s not unheard of. It’s a long, strenuous, painstakingly slow process but what Muslim Ummah really needs is a generation of real men and women– not overprotected, impressionable, wannabe sissies awestruck and hypnotized by the Western lyre. Muhammad bin Qasim lead his army when he was 17. If he were from this generation, he wouldn’t even have gotten his driver’s license or considered to be an adult for that matter. And even when it comes to religious obligations (where you’re officially a responsible adult after puberty), we don’t think our 13 year old is man enough to fast or pray regularly. And the negligence continues to the point of damage beyond repair. A domino effect– the result of which we can see everywhere.

Unfortunately, we don’t have the general upbringing to lead ourselves anywhere sensibly let alone command an entire army. And this wisdom, maturity in character and clarity of thought only comes from following the Quran and the Sunnah. ‘Cause it gives you a moral compass. It makes you headstrong enough to decide for yourself where you could best invest your capabilities in. Otherwise, the status-quo is never going to change. It will be blind leading the blind to the ditch we are in now. And instead of climbing back up, we are burrowing further in because that’s where Uncle Sam keeps his gold. Or so he says.

O you who believe, if anyone from you turns back from his Faith, then Allah will bring a people whom He loves and who love Him, humble toward the believers, hard on the disbelievers, who fight in the way of Allah and are not afraid of the reproach of any critic. (5:54)

The promise of Allah will come to pass.  A generation will be borne from the ashes, like a phoenix rising from the flames. Islam will prevail. Though not necessarily through us. Above-mentioned is the class of people who have brought changes before. Yep, that is THE class. And if we don’t qualify, we will be wiped out like the others before us. Insignificant, unremembered, nameless and lost in the dark parts of history. 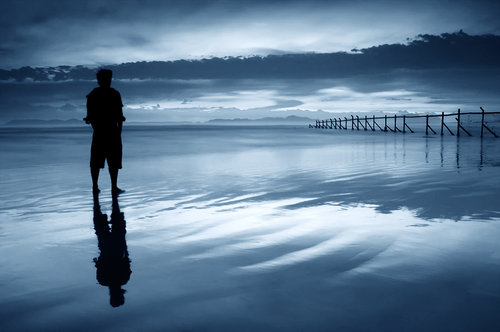