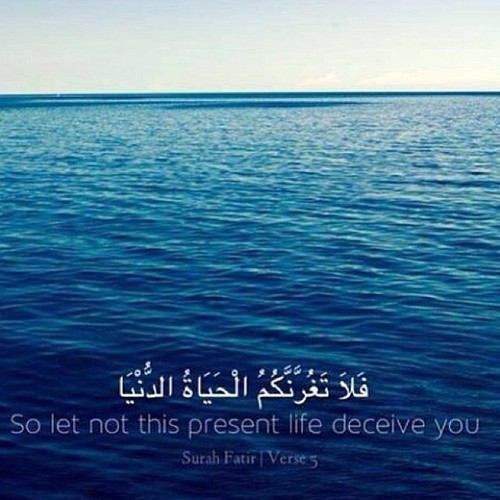 We have given you the seven oft-repeated verses and the glorious Qur’an. Never stretch your eyes towards what We have given to groups of them to enjoy… (15:87-88)

This verse in itself solves our problem of envying the developed world that has all the privileges. Just a few days ago, I was complaining how no one accepts credit cards from Pakistan and my online shopping plans are always foiled. That Apple does not have its retail store here and Adobe does not allow subscribers from Pakistan either. And I cannot upgrade my WordPress site because Pakistan is just not listed. Again. But all of this is accessible in US and blah.

Even though this verse was revealed a long time back in the Meccan period, it is timeless of course. It came as a response to the taunts of the Quraysh who mocked the Prophet (pbuh) and his few companions about not having enough and yet had the audacity to tell them to reject their gods and idols.

So, in response, Allah assures the Prophet that the seven verses given to him and the Quran are better than whatever it is they are deluding themselves with. Seven verses, according to majority of the scholars, refer to Surah Al-Fatihah. And Al-Fatihah is mentioned separately from the rest of the Quran which highlights its importance and its due place. The only chapter we recite in every rakah, and you might have noticed that it is sectioned separately too. Juz 01 starts from Surah Al-Baqarah not Al-Fatihah. It is like a prelude to the Quran. Short opening lines on a different page that introduce the Book and what’s to come in it. It is a prayer and the remaining Quran in its entirety is the answer to that prayer.

And our lives might just turn around if we recite these oft-repeated verses being fully aware of the power they hold and the gravity of the situations outlined therein. But we rush through it in the prayers, sparing measly 3 seconds, and can’t wait to get it over with.

It is not others who are blessed– it is us. And like always, we have no idea. To an onlooker, this might be just as painful as watching your favorite team score own goals in football.