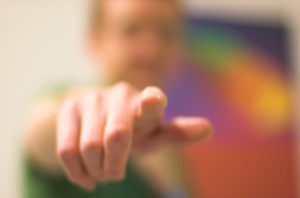 (Yes, they will think that but they’ve got others on the radar to label bananas too. So, you’ll soon be last season.)

Someone asked me some time ago: “What’s the best thing that ever happened to you?”

And I told them: “The one-year gap I took from my studies.”

To me, it felt like being chucked out of one convent into the other.

I joined extensive Quran classes in the summer of 2009 because I had nothing else better to do than to wait for my medical college aptitude test results. And as I surveyed the hall, I could see spoilt brats like myself all around. No, I wasn’t dragged here– I had only decided to do something different that summer. And since it was a one-year Quran course, I had all the intentions of leaving right after I get accepted to one of the many universities I had applied to.

I don’t know why I felt the compulsion to compare it with my convent school. Maybe because it was run by women and they had an aura of dignity around them. But this one taught me more in a year than those 5 years of schooling.

Long story short– I got my acceptance letter. And so did many of my friends in this new place and I saw them dropping out one by one to pursue their higher education. I was in a serious dilemma. From my first day, after the tafsir of the first verse of Al-Fatihah, I knew this course wouldn’t be as easy to leave as I had thought it would be. You can’t just turn your back on the Quran and expect a world of goodness waiting for you out there. It’s a lose-lose situation to deliberately wrench yourself out of the Mercy of Allah (His Book) after being in it.

I had already made up my mind. But I consulted people anyway just to gauge the general reaction and to brace myself for it when I dropped the bomb. It’s funny how people love to steer the way you should live and the choices you should make. And it’s unfortunate that we let them.

What really helped me make my biggest career decision was this verse:

Say, “With the grace of Allah and with His mercy (this book has been revealed). So they should rejoice in it. It is much better than that which they accumulate.” (10:58)

(I’ll try not to complain again how literal translation doesn’t sound as dramatic.)

If Allah says the Quran is better than whatever it is that you are after, then it IS better. Period. And rejoiced in it- I did. Now, I’m one year short of being an engineer from one of the top universities (of which I take no credit for). Cherry on top- people who were critical earlier came to respect the decision and some of them are enrolled in the same course, and they can’t agree enough that they should have done it earlier.

So, if you have Ramadan resolutions (or any others) that you would like to live on, but are afraid of the skepticism, take that leap of faith anyway. Life’s too short to think what people would think.