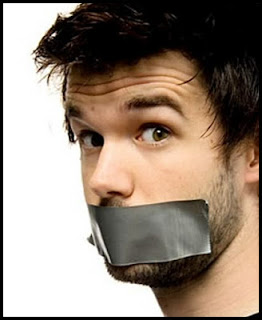 We’re almost done with the 1st ashra of Ramadan. Just a couple of hours left now. The rest of Ramadan will also zoom by at the same speed, if not faster. It is a good idea to sit down and evaluate how we have been spending our days and nights, and what areas are we lacking in, so that we can start focus more on those areas. I have identified 4 areas where I need to redouble my energies and efforts: Controlling the Tongue, Duas, Time Management and Refraining from Social Media.

Controlling the Tongue is a particularly tough one. At night, when I sit down to analyze the day and mark a checklist of deeds, the scariest question in the checklist is often: Did I fast with my tongue? Yes, this is indeed a scary matter.

Sufyan bin Abdullah said: “O Messenger of Allah! What do you fear most about me?” He took hold of his own tongue and said: “This.”
[At-Tirmidhi].

It is easy to fast from food and drink, but it is difficult to fast from speech that displeases Allah. This includes lying, backbiting, slander, useless gossip, foul language, boasting and the list goes on. We are so used to letting words roll off our tongues without thinking and weighing that we don’t even realize when we slip and say horrendous things.

“A person utters a word thoughtlessly (i.e., without thinking about its being good or not) and, as a result of this, he will fall down into the fire of Hell deeper than the distance between the east and the west.” [Bukhari and Muslim].

Once you realize the need and importance to control your tongue, the foremost things needed are:

1- the sincere intention to do it and
2- the consciousness that Allah is watching.

Why can’t you then refrain from haram, impure speech? There is no shame in staying silent and holding your tongue for a while if you don’t have anything good to say.

The words that we utter are like seeds that we sow. They bear fruit; this fruit often causes regret in this world as well. As for the Hereafter, they can result in unbearable regret and irreparable loss. The pure and pious predecessors were very strict in accounting themselves for their speech. The sahabi Abdullah ibn Mas’ud is reported to have said:

“By Allah, besides Whom no God exists, nothing deserves a long prison sentence more than my tongue.”

What then of our tongues?

One thought on “My Ramadan Diary: Hold Your Tongue!”