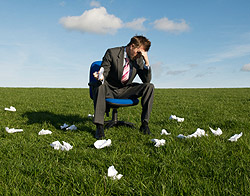 You love to whine about how this fickle person ignores you, that arrogant one oppresses you, and that obnoxious one mistreats you. But do you have a worse enemy than your own self? Aren’t you busy plotting against your own self day and night? Just see how you miss out on the joys and pleasures of this world and the next, through sinning! Yes, you actually miss out on this world too, when you sin! Allah says:

“And whatever of misfortune befalls you, it is because of what your hands have earned.  And He pardons much.” [Ash-Shura 42:30]

Sins have very harmful effects on our individual and collective lives, in this world as well as in the next.  Entire books have been written on this subject. The very brief list below has been derived from the works of Ibn al-Qayyim. Although sins of all natures have direct or indirect impacts on our lives, the following list covers some very basic ones:

Could those ‘minor’ sins perhaps be the reason why you are finding it so difficult to learn? Could it be the gossiping and backbiting?

Sins dull your intellect, make you forget what you memorized from the Quran, and make you averse to learning religious knowledge. Hence, if you want to learn and elevate your intellect, it is not just enough to read books and sign up for every online course; you need to stay away from sins.

“A man is deprived of provision because of the sins that he commits.” (Ibn Maajah)

SubhanAllah! When and how did our understanding of this principle become topsy-turvy?

You got a salary cut; well, it might be because of what you were looking at on your laptop last night! This concept could operate in much more subtle ways  such as  a disease, whose treatment expenses eat at your life savings.

How scary is the first sense of alienation, when you are not inclined towards Allah and feel no pleasure in acts of worship. You feel completely disconnected from your Lord.

As for the second sense of alienation, we like to play the blame-game and blame our current predicament on other people. But the reality is, that it may often be a result of our very own sins.

“If I disobey Allah, I see that in the attitude of my riding beast and my wife.”

The hearts of the creation are in Allah’s control. He inclines them towards us or against us. Again, our minds did a 180 degree on this one. We decided to sin because it seemed people would be pleased that way. Now re-read that last statement, and think over it.

Whatever work you try to do seems to get messed-up. Every door seems to be locked and every route appears to be blocked. This is because ease is promised with taqwa (Go-consciousness, which demands abstaining from sins).

What is difficult in your life- that job, that proposal, those exams? Are you always running short on time and resources? Make a list of the sins that you need to eliminate from your daily routine.

You seem to have every ‘blessing’ and luxury, but you are not happy. You have a sinking feeling inside you. Psychological sicknesses and depression often accompany sinning. You feel constrained and uneasy for no apparent reason.

This too is a severe punishment for the sinner- the pain of which wipes out any temporary joy the sin might have resulted in.

Imagine the anguish, if Allah forsakes you in your darkest hour; when you are calling out to Him most desperately. Our sins (in particular, unlawful earnings), can become a barrier that prevent our duas from being accepted.

The Prophet (SAW) said, “By Him in Whose Hand my life is, you either enjoin good and forbid evil, or Allah will certainly soon send His punishment to you. Then you will make dua and it will not be accepted”. [At-Tirmidhi]

7)      You are dishonoured and humiliated

“And whomsoever Allah lowers (humiliates) there is none to give honour.”

Allah might choose to expose your sins even in this world. The deeds that you performed in utmost secrecy, might become known to all. When you have no honour in the sight of Allah, you cannot win true honour in the hearts of people either.

This is just a sneak-peak into what your sins are actually doing to you! However, even behind these destructive effects that reach us in this world, is hidden Allah’s infinite Mercy. The effects of our sins serve as wake-up calls and reminders to us; to repent and return to Allah as quickly as we can. They also reduce or compensate for the punishment of the grave and the Hereafter.

Let’s end with this interesting conversation between the Prophet (sallalahu alaihi wasallam) and the best man from his Ummah!

“I was with the Prophet when this Ayah was revealed to him:

Whoever works evil will have the recompense of it (4:123).

So the Messenger of Allah said:

‘O Abu Bakr! Shall I recite to you an Ayah revealed to me?’

I said: ‘Of course O Messenger of Allah!’

So he recited it to me, and I do not know except that I found it as a fatal blow, but I repressed it.

So the Messenger of Allah said: ‘What is bothering you O Abu Bakr?’

I said: ‘O Messenger of Allah! May my father and my mother be your ransom! Which of us has not done evil – and yet we shall be recompensed for what we have done?’

So the Messenger of Allah said:

‘As for you O Abu Bakr, and the believers, they will be recompensed for that in the world until they meet Allah and they have no sins. As for the others, then that will be collected for them until they are recompensed for it on the Day of Judgement.'” (Jami` at-Tirmidhi)

One thought on “What Are You Doing to Yourself?”