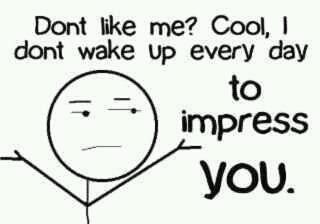 Facing criticism is a part of every person’s life. People differ in the way they react to it. For some, it acts as stumbling block; for others, it encourages and pushes them to perform even better in future. One might think that the only way to avoid criticism is to say nothing, do nothing and be nothing; but even then people will criticize you for this very nothingness!

In general, people like to criticize. You can’t stop them. In our personal lives, we face criticism on the choices we make, the clothes we wear, the grades we get, the expectations we fail to meet and the failures that are destined in our life. The same holds true for our professional lives.

Those who are ignorant have even criticized and uttered curses at Allah, our Perfect and Exalted Creator and Master; so what treatment should we, who are imperfect and full of faults, expect from people? We will always face criticism, which in its onslaught is like an interminable war. As long as we will shine, give, produce and have effects on others, disapproval and condemnation from some quarters will be our lot in life. Sometimes, it is one of the signs of success, because those who sit on the ground don’t fail, neither do people kick a dead dog. The other side of the coin is that people also criticize wrong and abominable actions.

I have witnessed some people becoming immune to criticism, whilst others breaking down into pieces. Some people disregard constructive criticism as well, leading them to the pathway of more errors, mistakes and arrogance.  On the other extreme, there are those people who crumble under any sort of criticism, which scatters their confidence, makes them emotionally amputated and marks regrets and sorrows in their lives.

Knowing how to handle criticism is especially important when working for the Deen of Allah. The concept of what is correct and what is not can vary, amongst religious people and organizations, because of their preconceived notions and socio-cultural baggage. For instance, some people will say it’s okay to have tickets on public lectures, whilst others consider it taboo and consider it as business being done in the name of religious service. Some audiences like English lectures, others object.

We must understand that the views of people vary, and accommodating everyone isn’t possible. One should strive to please Allah and to be sincere to him. The key of the matter is to distinguish between constructive and destructive criticism. This can be done by deflating the ego, being clear-headed and confident, and accepting the daleel (proof) from the Quran and Sunnah.

Making the distinction between constructive and destructive criticism is very essential for us to grow in life, as believers, as family members and as professionals.  One should graciously and thankfully accept advice and constructive criticism from well-wishers and learned and experienced people; whilst disregarding the venomous volley of words spewed by every Tom, Dick and Harry.

As for the times when you are at the giving end rather than the receiving end of criticism, remember to make excuses for your brother, to be completely sincere to them, and only criticize privately and in best possible manner.

The writer can be contacted at “fareedahmad_1@hotmail.com”

One thought on “Slaying the Dragon of Criticism”