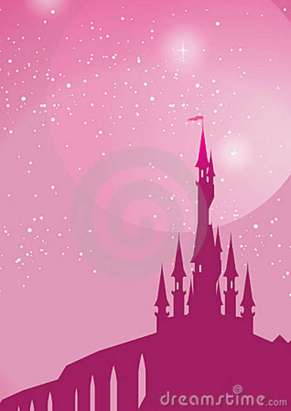 Marriage-related statuses, comments and articles usually get the maximum number of likes on social networking sites.  It seems that everyone has something to say.  People often vent their frustrations and share their experience and observations about this universal topic.

Indeed, marriage is a very vast and crucial subject; books have been written on it yet some aspects generally remain untouched.  The topic of marriage can be seen from both an element of seriousness and an element of fun.  It totally depends on the individual’s maturity and attitude towards life.  Anyways, today the aspect that I want to touch upon is the “Utopia Syndrome” with regards to marrying.

“I want to marry a righteous spouse…”, this is an oft-repeated, even cliched phrase among the practicing Muslim youth.  We keep on saying and hearing this in our circle of religious friends, but then we have our “Great Expectations”.  Religiously inclined men looking to marry are well-aware of the famous Hadith :

“A woman is married for four reasons: her wealth, her nobility, her beauty and her piety.  Choose the pious one, and may you be successful.” (Bukhari)

However, no matter how long and bushy a brother’s beard is or how high he wears his pants, very few of them actually compromise on beauty and age of the girl, though they might eventually compromise on wealth and nobility, and even piety.  Everyone wants to marry a Cinderella or someone who looks like a beauty queen from Hollywood.  The Hadith is forgotten, and one after the other, rejections are made under the guise of Kufw (compatibility) or negative Istikhara, while the real reason for rejection remains hidden.

Know, my brothers, that beauty fades away with time; it is character that continues to shines through.

The mentality of the majority of the sisters is no different.  They might hold graduation in Fiqh, maintain proper hijab, and claim (along with their parents): “We are looking for a righteous man.”; yet when someone from a lower-class family approaches them, righteousness takes a backseat and many more things get added up in their list.  They too know, but choose to ignore the famous Hadith:

“If a man, whose character and Deen satisfies you, asks for your daughter in marriage, you should marry them; otherwise, there’ll be corruption in the land.” (Tirmidhi)

Know, my sisters, that your spouse can’t reach your father’s level, and provide you with all the luxuries of your father’s home, at this early stage in his career.  You will surely get whatever provision Allah has destined for you.

Prophet Musa (alaihis salam) would have never have gotten married to the daughter of the pious man (Prophet Shuaib, according to traditions) who sheltered him in Madyan, if his father in-law had based his decision on material possessions.  At that time, Musa had no money or luxuries, nor had he been given Prophethood.  He was merely a modest and righteous man.  That is all he had to his credit.

I do honour the concept of Kufw (compatibility) in Islamic Fiqh, but there has to be a touch of realism and prioritization in our standards.  When we complain of delayed marriages and marriage-related sufferings, we must understand that many times the fault lie within us; our obnoxious attitude and high standards are to blame.  The truth is that materialism is rooted deeply in our minds and hearts.  Despite knowing the ahadith, the stories of the companions and righteous people, we just can’t seem to fix our minds and hearts.

The author can be contacted at fareedahmad_1@hotmail.com

Do you agree with the author’s point of view?  Have you ever noticed or experienced these Great Expectations? Let us know in the Comments below!

19 thoughts on “Looking for A Spouse: Great Expectations”