I was on a group yesterday and from there I went to a page through a link shared by someone. I just randomly started looking at the stuff and something really amazed me. The brother who was running the page was arguing with some guy and while explaining his point to him, he said something like “I’ve replied to you for this so many times but here you go I’ll do it one more time.” Then he pasted a link and said “read this completely and if you still don’t understand THEN only Allah can guide you.”

We focus on learning all of these. But while doing so we forget the most basic and fundamental aspect of Da’wah: 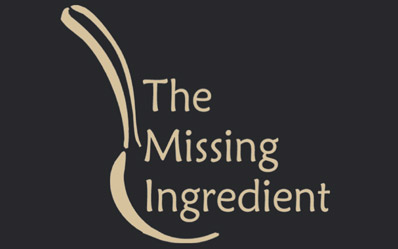 “…and Allah sends astray whom He wills and guides whom He wills. And He is the Exalted in Might, the Wise.” [14:4]

This is what’s lacking. It doesn’t matter how sincere we are, how well prepared we are, how good are our manners or how good we explain, if we’re relying on our own faculties (that have also been given by ALLAH by the way) instead of relying on HIM, we will never be able to convince anyone of the truth.

This is the belief we’re lacking. This is what makes all the difference. We all know that the Prophet Muhammad (SalAllaahu Alaiyhi Wasallam) was the best man to have walked this earth. He had the best of logic, the best of arguments, the best of rhetoric, the best of knowledge and the best of manners. Allah has given proof of it in the Quran.

“Indeed in the Messenger of Allah (Muhammad SalAllaahu Alaiyhi Wasallam) you have a good example to follow…” [33:21]

Yet when it comes to guiding people, this is what Allah is saying to him:

“Indeed, [O Muhammad SalAllaahu Alaiyhi Wasallam], you do not guide whom you like, but Allah guides whom He wills. And He is most knowing of the [rightly] guided.” [28:56]

Only Allah can guide you NOW? Whom were you thinking could guide him before?! How can we even dare think that we would just talk to someone and would be able to convince him, without completely relying on Allah? But that’s the saddest part; we don’t know that we’re lacking THAT faith in Allah!

We get so indulged in Da’wah, even if it is with sincere intentions, that we probably never even make Du’a before talking to someone about Islam. We don’t ask Allah to guide him; we just go and try our luck. But if we’re going to do that then we can keep waiting for the day we get lucky – the day Allah decides to guide someone. Not because we talked to him, but because it was destined for him to be guided. We can do that, OR we can start relying COMPLETELY on Allah and know that we’re only doing this effort because the Prophets (Peace Be Upon Them All) did it, because the pious predecessors did it, because the scholars did it and are still doing it, and mostly importantly, because Allah has commanded it. Otherwise Allah could have guided the whole of humanity if He willed. But he made this life as a test for us and we have to accept that and be HIS humble slaves.

Once we have that belief engraved in our hearts, then see how our words start having effect by the Will of Allah.

May Allah grant us the Tawfeeq to rely on ONLY HIM and use the means only because He has ordered us to do so! May Allah bless the Messenger (SalAllaahu Alaiyhi Wasallam).

5 thoughts on “The Missing Ingredient”